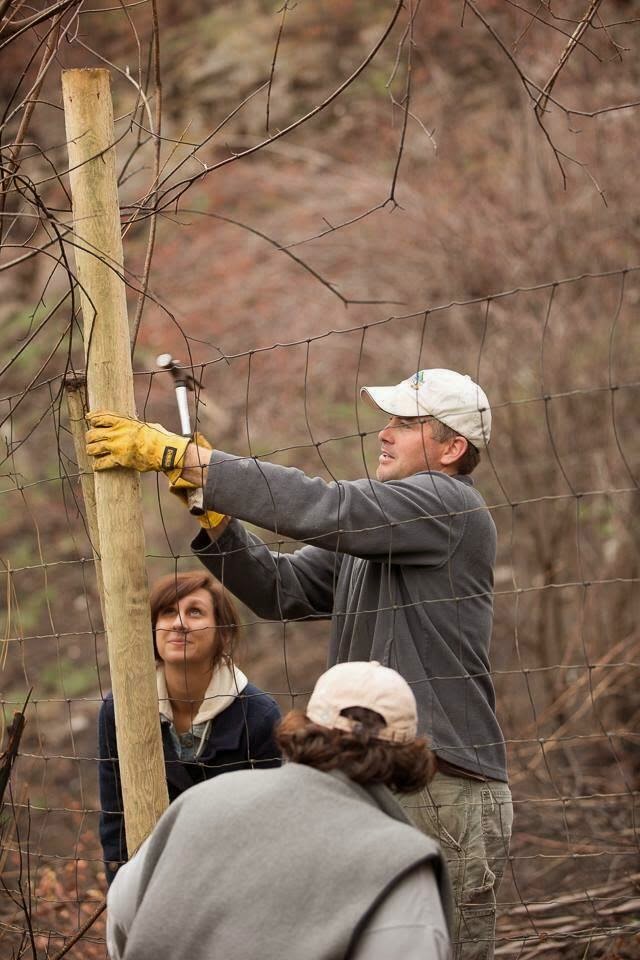 On Saturday October 25th, every healthy and able AmeriCorps member in the country took part in a required day of service called Make a Difference Day. This is a day when AmeriCorps volunteers, regardless of their volunteer site, join a team of fellow AmeriCorps members in “getting things done” within the community. That could mean painting over graffiti, framing a house after a fire, or in our case rebuilding deer fences on orchards that were destroyed in the massive Carlton Complex Fire in Pateros.
Many of us will remember the 2014 fires. It affected all of us in one way or another. We heard story after heart-wrenching story about families who lost everything, who should get the blame for such a catastrophe and the sheer economic cost of such a disaster. But now, in late October, how many of us are still thinking about these issues? How many of us can honestly say that we think of the fires daily, much less deal with their consequences every day? The fires are out. The media has long since shifted their focus. Air quality is back to normal. For most, it’s back to life as usual. Not for those who live in Pateros and areas affected by the fires. I will not make any futile attempt at describing their current situation; suffice it to say, deer fences are but a fingernail scratch on the tip of the iceberg. 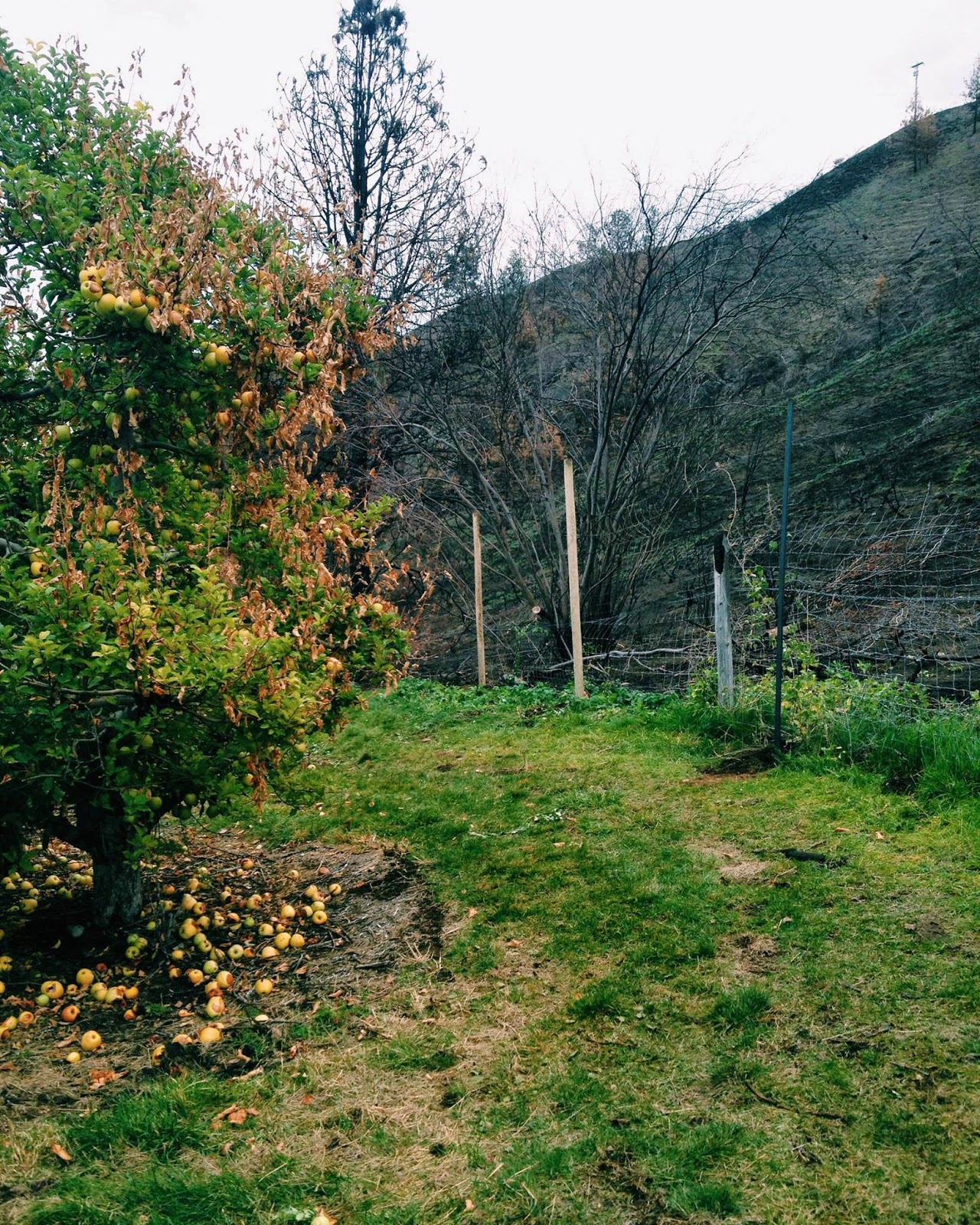 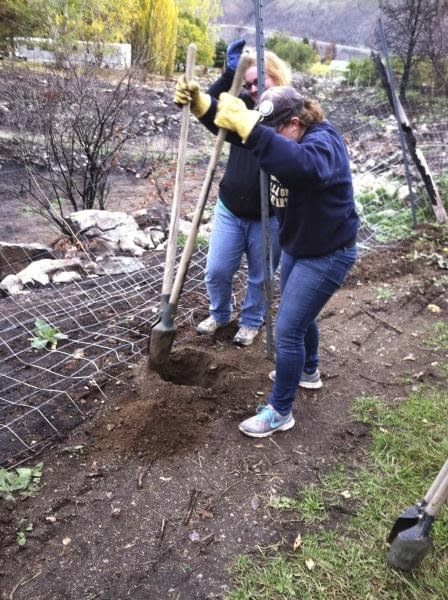 Deer fences are as important to an orchardist as a sharp saw to a lumberjack. Without them deer would greatly reduce yields every year, making a deer fence an excellent one time investment of time and money. The orchards we were helping out on Saturday lost significant portions of their fences, yet luckily their trees were still standing. With frozen ground and snow just around the corner, the time for repairing and in some places replacing fencing is dwindling. That’s where 34 AmeriCorps volunteers come in. By splitting our group in two we were able to help two orchards pull down damaged fencing, remove debris, trim obstructing brush, dig fence post holes and set fence posts. 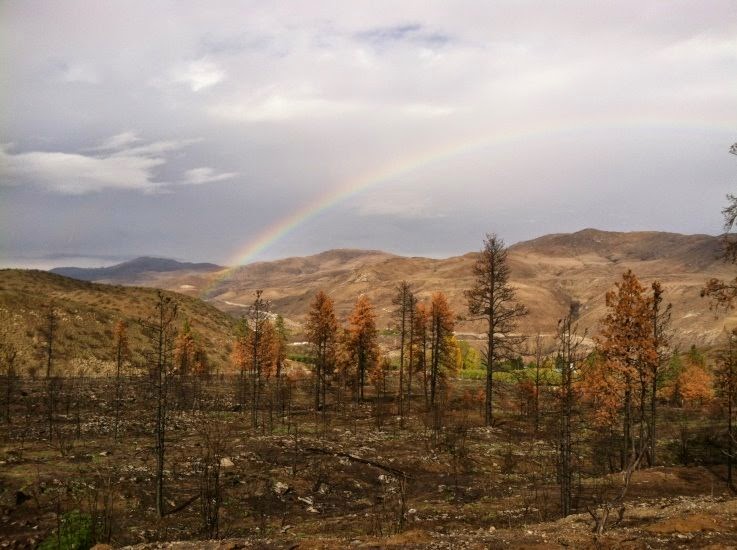 At the end of the day every member of our group was dirty and tired. We left the orchards with blistered hands, tired backs and humbled egos. There were 34 of us, mostly young and able volunteers who spent a day helping out two orchards repair several hundred yards of fencing. In an area 4 times the size of Seattle. Whose primary industry is agriculture. The amount of physical and emotional repair needed in this area is ineffable. That said, and at the risk of sounding tacky, I feel comfortable speaking for the group when I say we made a difference on Make a Difference Day.
Posted by Cascadia Conservation District at 3:21 PM